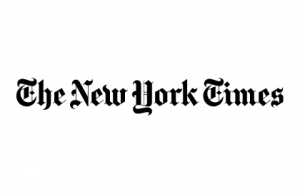 “Turney Duff is not the first ex-Wall Streeter to pen a tell-all, but there’s something particularly likeable about the candid mix of braggadocio and humility he brings to The Buy Side, his new memoir of a 15-year career in finance.”
-Mythili Rao, The Daily Beast
Read full review Sex, drugs, and Wall Street

Finally reaching the proverbial palace of wisdom after years of greed and high-stakes drugs-and-money excess, former big-spending trading whiz and recovering addict Duff turns in a heavyweight confessional about the perils of a life spent chasing the almighty dollar. From sleepy Kennebunk, Maine, Duff moved to New York in 1994 after graduating with a journalism degree. He soon found work as a sales assistant for the formidable Wall Street giant Morgan Stanley. Little did he know he was embarking on a death-defying roller-coaster ride that would see him go from making $30,000 per year as an assistant to pulling in hundreds of thousands of dollars in salary (plus hundreds of thousands more in bonuses) in the late-1990s tech-boom. But by 2008, Duff’s fortune was dwindling along with the market. Before he knew it, he was stuck with a mortgage he couldn’t pay and was in rehab for cocaine abuse, before finally burning all of his Wall Street bridges and beginning his life again. In fact, he exited this slimy lifestyle just before the life consumed him. Duff lucidly depicts the hedonistic emptiness of the Wall Street culture, as well as the callous, cutthroat environment that makes most careers on the Street very brief. But even though the author’s brutal honesty about his increasingly chaotic personal life is commendable, it’s really more his vivid portrait of the everyday inner workings of life at a hedge fund that fascinates. Duff’s down-to-earth conversational writing style demystifies the daily business of what a stock trader actually does and just how a hedge fund can pull so many billions of dollars seemingly out of thin air.
A fast-paced memoir of the easy-money hypercapitalist dream-turned-nightmare.
–Kirkus

Looking for a Hollywood-worthy account of Wall Street with lots of juicy details about the high life? Duff, a former financial trader who climbed the ranks at several major firms, provides a fascinating glimpse into the trader’s life as he narrates his journey from smalltown boyhood in Kennebunk, Maine, to hitting the jackpot in Manhattan, to succumbing to the poisons of success. After earning his stripes at Morgan Stanley, he joins the Galleon Group and gets his first tastes of the privileged trader’s lifestyle. Jumping ship to Argus Partners, he finds he has “arrived”: he wears suits from Barneys, lives in a $9,300-per-month apartment, and indulges in escorts, alcohol, and drugs. As his star rises, so does his partying, until cocaine and booze take control and he begins his fall from grace. Despite the money that continues to roll in; a committed, loving relationship; and the impending birth of his daughter, Duff’s downward spiral cannot be stopped. His fast-paced tale will absorb readers, taking them along for a wild ride until they land in a comfortable spot squarely in the middle. Agent: Lisa Leshne, the Leshne Agency.
–Publisher’s Weekly

With the twists and turns of a suspense novel, this autobiographical account of the rise and fall of a hedge fund trader exposes the risks and liabilities of a career on Wall Street during one of the most turbulent decades of the financial industry. Duff’s 15-year career parallels the peaks and valleys of the stock market, from the boom of the 1990s to the tumultuous decline in the early 2000s. With unabashed honesty, he tells how he went from an entry-level position in Morgan Stanley in 1993 to successful trader on the “buy side” before his excessive partying and downward spiral into drugs ended his career and he had the courage to walk away for good. He exposes the occupational hazards of his high-pressure trading jobs, the lure of power and money when million-dollar trades were commonplace, insider alliances were useful, and collusion was a part of the business. Fast-paced and gritty, this is a fascinating and convincing portrayal of one trader’s challenges in a tough environment and his ultimate redemption.
— Cindy Kryszak

This is why I keep my money safe and sound under the mattress. You could get high just reading this book. Mamas, don’t let your babies grow up to be Wall Street traders.
-James Patterson, #1 New York Times bestselling author of Along Came a Spider and Kiss the Girls